In order to protect an invention in a market that is strongly concentrated in France, or when the main competitors are located in France, a French patent is often an appropriate and efficient legal tool. Furthermore, the simplified examination procedure and the lower fees make the French patent a particularly attractive proposition. Within a more international perspective, filing a first application in France is a particularly efficient means in economic terms for implementing a broader strategy of protection. Finally, French applicants are bound to file initially with the French National Patent Office INPI in order to comply with applicable legal dispositions. The INPI examines and grants patents for France. The French procedure is simple, inexpensive and enables a national patent to be obtained in a particularly short time frame (around 27 months on average). The main steps of the procedure are explained hereafter.

When an invention is submitted to us, we first start by checking the novelty criterion by means of a patentability search. The aim of this search is to determine precisely the prior art that is closest to the invention. To complete the search, a report is established that contains a list of patents and possible articles published by third parties that raise concerns as to the patentability of the invention, as well as our advice for protection.

The costs of the patentability search are invoiced according to a flat fee agreed in advance, usually CHF 3,000.- + VAT for an invention of average complexity.

Some of the inventions that are submitted to us are abandoned in the light of the patentability search report, when the inventors become aware that the prospects of obtaining protection do not justify the costs or efforts. In this case, the patentability search that was carried out enables the applicant to achieve considerable cost savings by avoiding the filing of a useless application.

Should the procedure on the other hand continue with the drafting of a patent application, the patentability search makes it possible to ascertain which characteristics can be effectively protected and to optimize the drafting of an application to highlight clearly the differences between the new invention and the documents uncovered by the search.

The patentability search report is also accompanied by one or several suggestions as to the strategy for protecting the invention, taking into account the commercial prospects of the invention and the uncovered prior art. A budget is also devised before starting drafting the patent application.

The text and the drawings of the patent application are then filed with the French Patent Office (INPI) with a corresponding request. The INPI gives the application an application number and a filing date.

From this date onwards, the invention described in the application may be disclosed publicly or commercialised without this publication being opposable to the patent. The applicant can furthermore indicate “patent pending” on the product and associated documentation.

The European Patent Office generally strives to prepare this report within a nine months’ deadline after the filing date if the application does not claim any priority; the time required is however often several years if the application is not a first filing for the invention in question.

The aim of the search report is merely to establish the patentability of the claimed invention. By no means is it for assessing whether it can be used freely without infringing existing patent rights. An older patent, containing claims sufficiently broad to be infringed by the invention but not describing the new characteristic claimed, will not necessarily be cited despite the applicant obviously having an interest in become aware of this patent. The search report furthermore does not indicate whether the cited patents are still in force.

French patent applications are published about 18 months after the filing date, or if a priority is claimed, after the date of the oldest priority.

The search report is attached to the publication if it is available (publication A1); in the contrary case, it will be published separately at a later stage (publication marked K).

Depending on the response to the search report, the INPI examiner decides whether or not to grant a patent. At this stage of the procedure, only applications for which the claimed object is obviously not new can be refused.

The validity of a French patent is 20 years maximum, provided however that annual maintenance fees are paid to the INPI each year.

A French patent or patent application application may cease to produce its effect notably in one of the following cases: 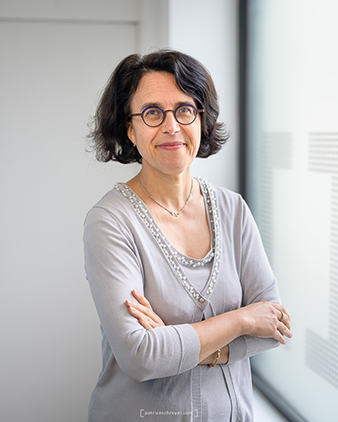