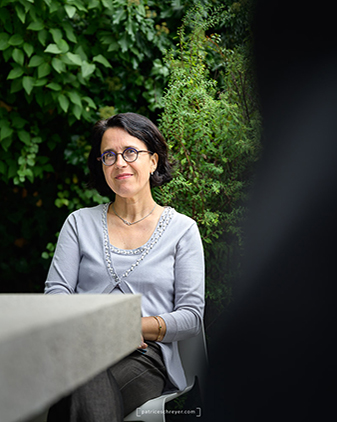 “I am keen to share my clients’ concerns so that I can propose personalised, suitable solutions, using my significant experience of counselling in French patents and my technical training as engineer.”

Master from CEIPI of the University of Strasbourg

Sophie Cardy is a materials science engineer, a graduate of the Institut des Sciences Appliquées of Lyon. She studied Physics and Material Sciences.  She also obtained a Post-Graduate Research Degree (DEA) in Material Sciences from the University of Lyon.

Sophie worked as a patent agent for more than 18 years for one of the most important Parisian private practices, representing clients before  the French Patent Office (INPI) and The European Patent Office (EPO).

She represented a wide range of French and foreign clients, in a variety of sectors (general mechanics, aeronautics, environmental technologies, medical devices …); she assisted in the acquisition and defense of the client’s patent portfolios before patent offices and/or national courts and through analyzing and monitoring patent rights held by competitors.

Her expertise ranges from patentability and freedom to operate opinions, drafting patent applications, the follow-up of examination and grant procedures (European, French and other national patents) to the opposition proceedings before EPO, pre-contentious steps and litigations before the French Courts. She also carried out patent portfolio audits and patent rights initiation and training for engineers/researchers.

Sophie Cardy joined P&TS in 2013 and she attended training lectures which focus on Swiss IP law at the Swiss Federal Institute of Intellectual Property for the Swiss qualifying examination.

Sophie devotes most of her spare time to her family and friends and likes to broaden her horizons by travelling.