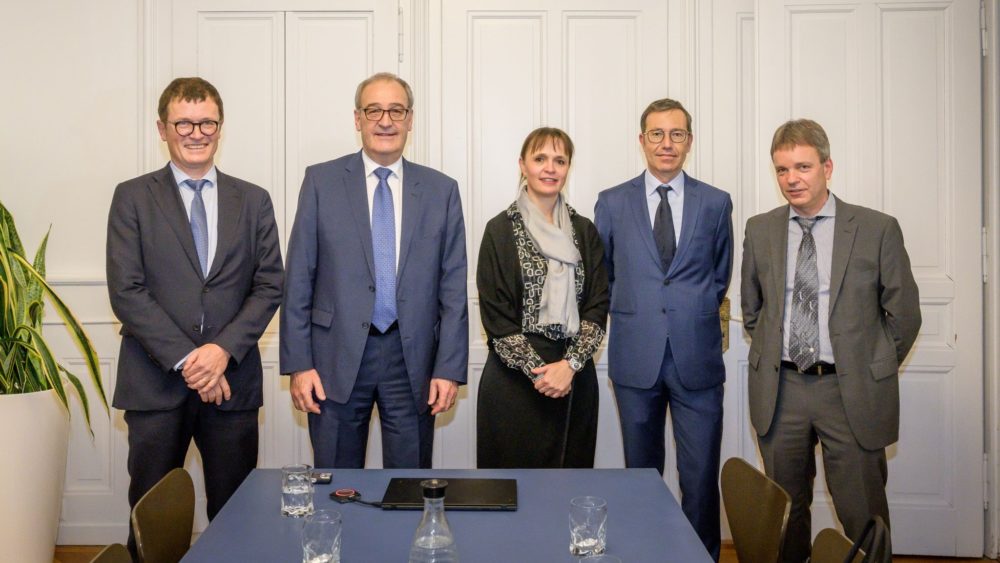 At the invitation of the city’s authorities, the President of the Confederation, Guy Parmelin, was in Neuchâtel on Tuesday 7 December.

He was first received by the entire City Council in order to discuss research and technology transfer in the canton of Neuchâtel. The delegation then went to the P&TS headquarters and discovered the SP80 sailing speed record project presented by its three founders.
The pruning shears manufacturer FELCO SA then presented its innovation policy, illustrating it with a demonstration of its electric pruning shears, which are protected by 8 patents, as well as Digivitis, a device for collecting geolocalised data intended for use in viticulture and also protected.

Mr. Parmelin then listened to a presentation on intellectual property.

“If you want to survive by making products in the country with the most expensive labour in the world, you had better make them the best in the world, and keep them that way. This means constant innovation, but also protecting yourself from copies so that you can continue to lead the way. That’s where P&TS’ mission comes in” 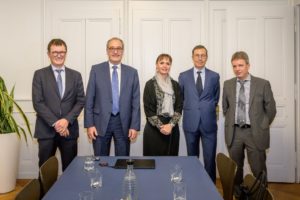 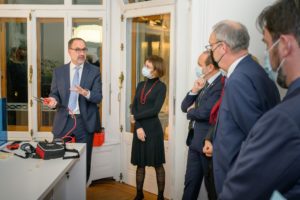 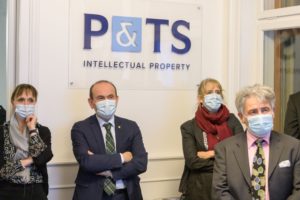 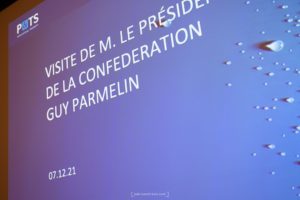 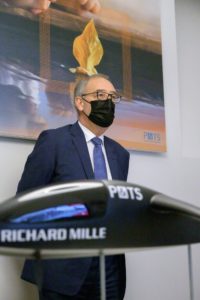