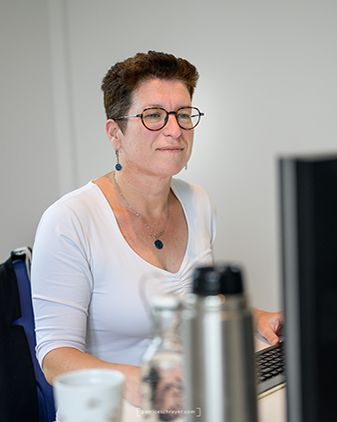 Member of the CFIB Board

Certification Working Group of the CEPIUG

After completing her studies in physics, Emmanuelle supplemented/substantiated her training of scientific and technical documentation in Lyon by undergoing several practical training in this field. One of them was accomplished in Trève where her knowledge in German language had remarkably improved. When she returned to Lyon, she debuted/commenced her career in the domain of patents in a company specialized in industrial properties where Emmanuelle was in charge of data bank questioning and technical monitoring translations (from German and English into French), and to perform first level computer maintenance tasks. She joined P&TS in December 2002.

Since several years she’s involved in the setting of a certification of Patent Information Professional work at international level and participates in Certification project working groups (QPIP) and specialized conferences (IPI-Confex, EPOPIC…) Moreover she shares the certification project’s progress with the members of the French speaking patent information user group (CFIB).

Emmanuelle has two sons and mainly dedicates her free time to her family, her friends, Nordic Walking and to reading.